There’s a website a friend pointed out to me. It’s called c o n s e r v o p e d i a, only without the spaces and with a .com at the end. It exemplifies so much in the world that is wrong. For example, here’s the picture on the page entitled “Liberal”: 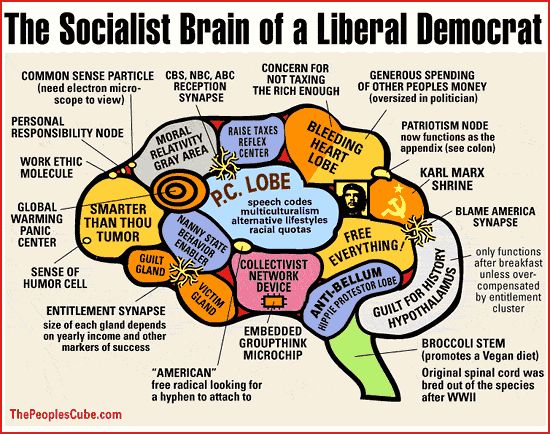 Correct me if I’m wrong, but this is a just a bit annoying.

Now, I don’t mention this to bash that site (though I hate it), I mention it because it exemplifies a problem of sorts with the Internet. The problem is this: if I want to give props to a site, I can do so in a heartbeat by linking to it. A fine example of this was Google Bombing, while it lasted. On the other hand, if a website blows and I feel that it is making the world a worse place, all I can do is put spaces in its name and hope it becomes obscure enough to go away (which this one is not about to do).

I imagine there are some rather contentious issues regarding an internet where websites can be voted up and down on a grander scale than digg, but really, if something is evil and doing harm and disservice to the world, there should be a way to make it more obscure than the search engine’s algorithm. Similarly, if a website is doing illegal stuff, we should be able to get rid of it quickly and without a lot of hassle (think Internet scam sites).