I have big news today for the small world of people who read my blog regularly: A new version of the site is now live and the old version shall die a quick death.

Version 4 was pretty nice though, while it lasted: 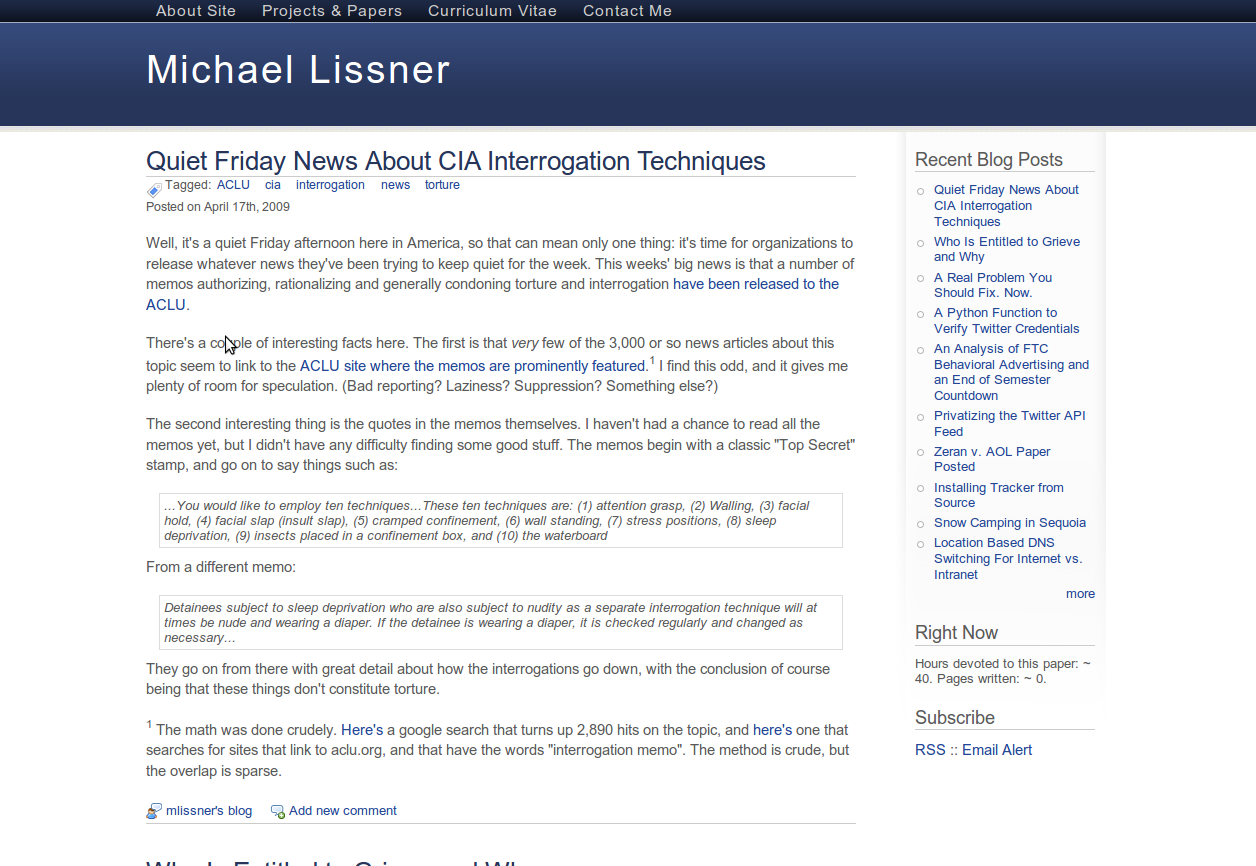 Other old versions of the site still available!

This new version comes with some big improvements that I’m quite pleased with:

So those are the high-level changes you can see as of now. If you’re interested in the technical nitty-gritty, read on.

The original motivation to rebuild the site came when the old version kept overwhelming the server that was running it and requiring that I step in to make it work again. And if that weren’t annoying enough, I have been paying for that server for the past several years, which just seems a bit silly for a simple blog like this one.

The solution? A so-called Static Site Generator or SSG. With one of these, the paradigm for your site totally changes. Instead of having a dynamic site that loads every time somebody visits the page or makes a comment, you generate the entire website on your laptop (this takes about 30 seconds), creating static HTML, and then push that to some cloud provider of choice (in my case, I use Github pages for this because it’s free and easy).

There are about 300 SSGs right now and the one I eventually landed on was Pelican due to it being written in a language I knew (Python), and due to it having lots of good themes and plugins. I briefly tried to make a switch to Hugo instead because it’s written in Go and is much faster at generating content, but the documentation for Hugo isn’t very good yet, and it doesn’t support basic pagination, which is something of a showstopper.

Switching to a SSG from Drupal

Switching from Drupal was pretty awful and took a lot of effort — days of it! The goal was to get all of my posts exported from Drupal, convert them all to markdown, and to get them all live on Github pages. Let’s go through this process together.

This step of the puzzle was, shall we say, a pain. Nobody has yet made a Drupal to Pelican converter, so I had to do it myself. The script that I wrote dug directly into Drupal’s database, pulled out the contents and converted them to a format that Hugo could understand. At the time I thought Hugo would be the SSG for me, but later I switched to Pelican, and had to write another script to make the conversion from Hugo to Pelican.

This was a good start, but Drupal has a few funny conventions. One is that it allows files to be “attached” to blog posts. Most blogs don’t do this (Pelican and Hugo included), so I had to go through all of the items that I attached to Drupal posts and convert them to inline links instead. This took a while.

Another problem I ran into is that the posts themselves were written directly in HTML, which makes them kind of awful, and not very portable between blog engines. Content for Hugo or Pelican should be written in Markdown, so I began making this conversion to the 200+ posts on the site. In general, the process for this was to find a post and begin cleaning it up. If I encountered something that a computer could reliably fix across all the posts (for example, <i> can be converted to * and <strong> to **), I wrote a little script to do so. In the end, this took a lot of time, but I now have a collection of a few hundred nicely-formed markdown files that power the blog.

With all of the content converted properly, the remaining step was to get the project live on Github. I found this process confusing, but the process is basically this:

This is been a much larger undertaking than I expected, with tons of corner cases that I wanted to fix before releasing a new version of the site. In the end though, this has been a good investment that I can expect to keep the site going for the next five to ten years.

I hope you enjoy the new look and new features.